The common cold is the most common upper respiratory infection among people. It is caused by a virus (rhinovirus) and symptoms improve within a week or two. This article will discuss the common cold and how to treat a cold. 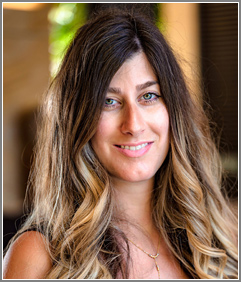 So you have the symptoms of a cold, we are sorry to hear that, let’s schedule a Video-Call so we can get you the medicine you need. 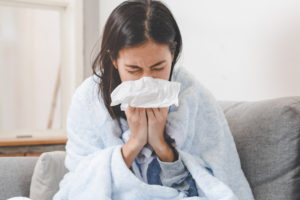 The common cold is the most common upper respiratory infection among people. It is caused by a virus (rhinovirus) and symptoms improve within a week or two. The nose and upper airways become infected and children are more prone to this. Immunization against colds is not possible, due to a variety of infections. Most URTIs (upper respiratory tract infections) like laryngitis- infections of the throat (larynx), tracheitis – main airway (trachea), bronchitis- airways going into the lungs (bronchi), are due to viruses. How to treat a cold is detailed below.

The common symptom of a common cold is a stuffy and blocked (congested) nose. Frequent sneezing and a runny nose with clear discharge (mucus) are additional confirming symptoms. The mucus turns thick and yellowish-green after 2-3 days. There is general irritability and weakness as one is unable to sleep during the night. Further, one may have a cough or a mild fever. Most upper respiratory tract infections (URTIs) do not cause complications.

How to treat a cold

Since the infection is due to a virus, there is no medicine for treating URTIs. The main line of treatment for an upper respiratory tract infection (URTI) is to ease the symptoms. The immune system is strengthened to clear the infection by itself.

Taking paracetamol or ibuprofen reduces fever or feverish symptoms. They also ease any aches, pains, and headaches. The dosage should not be more than 1000mg per day unless advised by your doctor. Drink plenty of fluids to prevent dehydration. Warm drinks with honey and lemon may help to ease a sore throat. Avoid cigarettes and alcohol to prevent aggravation of the symptoms.

Steam inhalation: Even though there’s not very much evidence that this helps, it works well for some people. Be careful to avoid any scalding or burns due to steam. Instead, a hot bath can be taken to relieve symptoms.

Vapor rubs: They can be picked up from pharmacies and help to clear a stuffy nose and congestion in the chest. Sucking on sore throat lozenges also helps in easing a sore throat. Use Saline nasal drops (or a decongestant nasal spray) to clear a blocked nose.

It is advised to take cold and cough remedies during bedtime, as they may make you drowsy. Be very careful before administering doses to children, as they might not take well to medication.

The immune system of our body is capable of clearing the infection, however, antibiotics should be avoided in the initial stage of infection. Antibiotics do not kill viruses and are only good for bacterial infection. Hence, they do not hasten the recovery from a URTI. They might make your symptoms worse, as some people develop side-effects such as diarrhea, rashes or dizziness. Antibiotics should be prescribed by a doctor if there’s a presence of an underlying (chronic) lung disease. In the case of complications like pneumonia, antibiotics are helpful.

Natural cure: To boost immunity, one should increase the use of garlic, foods rich in Vitamin C like lemons, citrus fruits, pineapple, etc, Zinc, Echinacea or Chinese herbal remedies.

Prevention is in general difficult as many viruses are present in the air, which you cannot avoid. However, if you suffer from URTI please ensure you do not spread it to other healthy individuals by,

Physical Activity or Exercise is helpful

Recent research shows that people who are physically active and regular exercise are less likely to get URTIs. This may be because exercise boosts the immune system which in turn helps fight infections.

TelaPets offers medical teleadvice/teletriage with a Hawaii veterinarian, at a time that’s convenient for you. Set up a telemedicine appointment for your pet using TelaPets and get quick help now!