Erectile dysfunction (ED) is also referred to as impotence. ED is a condition in which a man is unable to get an erection in his penis. It is also when a man has difficulty maintaining an erection as well. People who suffer from this condition may also only get a partial erection too. 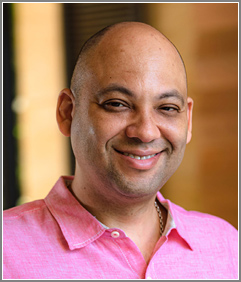 So you are experiencing ED, that’s ok. Let’s schedule a Video-Call so we can get you the medicine you need. 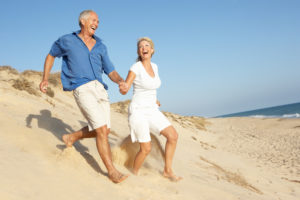 The partial erection is not hard enough for proper sexual intercourse. They can also experience no swelling in the penis at all too. Thus, both scenarios may adversely affect one’s sex life and ability to bear children. There are two main causes of ED. The most common treatment is to take a pill that aids erection. Take this pill before having sexual intercourse. Your doctor may also suggest some changes in lifestyle as well. This is to decrease the side effects of the pill. It also reduces the risk of heart disease as well.

Many times, tired and fatigued men are unable to achieve an erection. Also, it can happen if they drank too much alcohol as well. Distracted men or those experiencing stressors in life are other instances. But, this is usually temporary. They are able to get an erection most other times when aroused sexually.

ED is a condition when one regularly fails to achieve erection. Thus hampering one’s performance during sexual intercourse as a result. Although it may happen at any age, the onset is most common amongst older men. For instance, about 50% of men between 40 and 70 years of age suffer from ED. Furthermore, 70% of men over 70 years of age have reported the condition. The causes of ED are mainly due to issues with:

Nearly 80% of the time, erectile dysfunction is due to physical health issues. Issues such as:

Therefore, if ED is due to physical issues, except those that are relative to hormonal problems, the person is likely to have a normal sex drive.

Sometimes, men can feel anxious during sexual intercourse. It can happen if they had previous episodes of occasional ED. As a result, this can make the ED worse. Thus increasing anxiety levels even more. Severe anxiety may prevent you from getting or maintaining an erection. Also, ED may trigger anxiety, low self-esteem, and depression in some cases. Psychological disorders could also lead to ED in some cases as well. Psychological disorders such as depression and anxiety or mental stress. Strained relationships is another example of a disorder leading to ED too.

The onset of the condition can worsen the anxiety. Some people do not realize that their mental health triggers their ED. In such cases, they end up stuck in vicious circles of anxiety leading to Erectile Dysfunction. Then in turn the ED increases anxiety. If one is able to get an erection sometimes, but not on most other occasions, one’s likely suffering from ED. This ED is triggered by a psychological problem. Usually, when mental health improves, Erectile Dysfunction is likely to reduce as well.

Oral Tablets
A good general physician is able to treat Erectile Dysfunction. However, in some cases they may need to refer to a specialist. This is in cases where it might be a hormonal problem. ED should not be a side effect of any medication. The doctors generally prescribe any of the 4 tablets to treat ED. The tablets increase the blood flow to the man’s penis. They affect cGMP, that causes the dilation of the penis when aroused sexually. The tablets are:

These tablets are phosphodiesterase type 5 (PDE5) inhibitors. It is not recommended to take a PDE5 inhibitor when you are already on nitrate medication. For example, Nitroglycerin, which is usually prescribed to treat angina.

You should take the dose of any of the 4 tablets, around an hour before having sexual intercourse. The tablet can increase blood flow to the penis once the man is sexually aroused. The tablets give an erection, in most cases. Discuss with your doctor in case of failure in getting an erection after medicines.

A popular topical cream called Alprostadil. It is applied to the tip of the penis. It is also applied to the skin surrounding it for maintaining erections as well. The application should be about 15-30 minutes before sexual intercourse.

Persons suffering from ED can use penile injections. They inject themselves with a medicine into the base of the penis. The medicine is the same chemicals as in oral tablets. Unlike oral tablets, this method causes an erection within 15 minutes of the injection. This erection happens regardless of sexual arousal. It is a primitive method but still effective.

This involves placing a small pellet at the end of the penis or urethra. Like the injection treatment, the penis quickly absorbs the medication. It causes an erection in a matter of a few minutes.

The penis is inserted into a plastic container or tube and air is sucked from the container. As a result, creating a vacuum. Blood flow to the penis causes an erection. Once erect, one would place a rubber band at the base of the penis to maintain an erection. Removal of the rubber band must be within 30 minutes to bring the penis back to a flaccid state.

A surgeon can insert permanent implants in a mans’ penis. Most basic ones may have to be straightened out by hand. However, more sophisticated implants are inflated by an in-built pump.

Treating an underlying cause

Lifestyle and other advice

ED is a red flag that you may be at risk of developing heart disease. Thus, make lifestyle changes to minimize the risk after speaking to your doctor. A statin medication may also help to lower your cholesterol level in such cases as well.

Tests can check what triggers the narrowing of arteries. A complete blood test will report:

Other tests include, for example:

Tests to check how blood circulation happens in the penis may also be checked as well. This is through using drug injections or scans in a hospital, in some rare cases.

Have a pet that needs medical assistance? Telemedicine isn’t only for humans. TelaPets offers medical teleadvice/teletriage with a Hawaii veterinarian, at a time that’s convenient for you. Visit TelaPets to set up a fast and safe virtual visit.